The Church and State

in Colonial and Revolutionary Tidewater Virginia

Three of our region’s leading historic experts: Dr. Carl Lounsbury, Robert Teagle, and Anne Conkling will give talks on the critical role the church, its architecture, and its members played in Colonial and Revolutionary Tidewater Virginia.
The three part series, scheduled for 3:00 p.m. Sundays October 22, November 12, and January 14, will be held at the Hennage Auditorium of the Art Museums of Colonial Williamsburg.
From the first church at Jamestowne in 1608, the Church of England was the official religion, established by law and supported by taxation.  The churches were the architectural centers of each community.  Until the Revolution, most towns were essentially governed by the Parish Vestry.
In the 18th century, Presbyterians, Baptists, and other dissenting religions began to challenge the Church of England’s authority and traditional role.  In the Revolutionary period, Virginians brought forth religious liberty with landmark legislation that shaped our new nation in profound ways.
Sunday, October 22nd
Dr. Carl Lounsbury, recently retired as the Senior Architectural Historian at Colonial Williamsburg, will discuss Regionalism in Early American Ecclesiastical Architecture will share an in-depth study of how the meeting houses and churches in early Tidewater and beyond were shaped by regionalism in terms of material, construction technology, and decorative details. 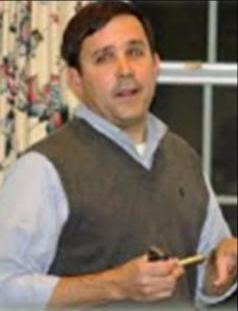 Sunday, November 12th
Robert Teagle, education Director and Curator at the Foundation for (King Carter’s) Historic Christ Church in Weems, will trace the story of how Tidewater Virginia moved from a royal colony with few dissenters and a well-established Church of England to an independent commonwealth that declared religious freedom to be a natural right of mankind.
Sunday, January 14th
This season, TVHS extends its fall events with a January lecture.  Anne Conkling, an expert on women’s rights and their role in religion, will discuss ‘The Role of Women in Colonial and Revolutionary Churches in Tidewater.’
Sundays at 3:00 p.m.
in October, November, January
Hennage Auditorium of the Art Museums of Colonial Williamsburg
free and open to the public