Skip to content
Maritime Archaeologist to Speak
Sunday, October 7
Williamsburg Regional Library
The story of the recovery of the Monitor and earlier Yorktown shipwrecks from the 18th century will be presented by nationally renowned maritime archaeologist John Broadwater on Sunday, October 7 at 3 p.m. at the Williamsburg Regional Library, kicking off the 2018 TVHS season.
The talk will include insights on Broadwater’s efforts to raise the Monitor from its watery grave and bring it to the Mariners Museum where he will lead a tour on October 25.
In his talk, in addition to the Monitor, Broadwater will also speak about the Revolutionary War Yorktown shipwrecks and his discovery of nine shipwrecks and the complete evacuation of one of the best preserved of the wrecks later proved to be the Collier Brig Betsy. 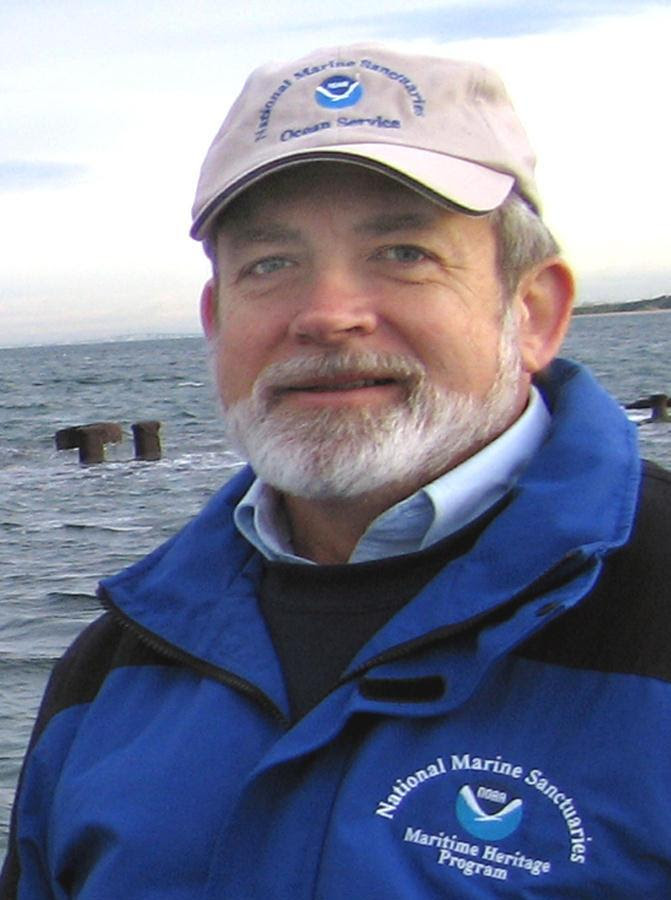 John D. Broadwater is President of Spritsail Enterprises, a maritime archaeology consulting firm, and Vice President of JRS Explorations, Inc., a company dedicated to investigating and sharing information about archaeological sites and cultural material with the public.  During 1992-2005 he served as Manager of the Monitor National Marine Sanctuary, directing expeditions to the remains of Civil War ironclad USS Monitor, located 16 miles off Cape Hatteras.
Broadwater has participated in national and international underwater archaeological expeditions, including expeditions in the Black Sea and North Atlantic.  In 2001, he descended in the Mir 2 submersible to the wreck of the RMS Titanic.
The talk is free and open to the public.