Skip to content
TVHS kicks off Fall
with talk on life and times of
Robert Carter III
September 25, 2:30 at Jamestown Settlement
The fall season for TVHS will begin on September 25th at Jamestown Settlement where Robert Teagle, Education Director and Curator at Historic Christ Church, will discuss the life and times of one of the most fascinating men of the turbulent and decisive 18th Century, Robert C Carter, III.

Robert Carter III (1728-1804) was the grandson of Robert “King” Carter, the wealthiest planter in the early 18th century Virginia.  Carter settled at Nomini Hall in Westmoreland County where he and wife Frances Tasker Carter raised a large family and operated tobacco plantations, mills, and other industries.  Raised in the Church of England, Carter converted first to the Baptist faith before becoming a Swedenborgian in 1788.  Three years later he drafted a “Deed of Emancipation” that provided for the gradual manumission of over 500 enslaved people, likely the largest individual emancipation in the U.S. before the Civil War. This presentation will examine Carter’s life from his childhood in Virginia to his religious conversions and momentous 1791 Deed of Emancipation, the 225th anniversary of which we commemorate this year. 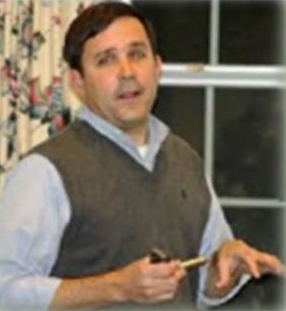 Robert Teagle is the Education Director & Curator at the Foundation for Historic Christ Church in Weems, Virginia, where he has worked since 2000.  He earned his B.A. in History from the College of William and Mary and M.A. in American History from Virginia Tech.  He lives in Gloucester County with his wife Rebecca, children Meg (14) and Andrew (12), and two labs.  His daughter and son describe him as a “history nerd.”
The talk will be in the Jamestown Settlement and will begin at 2:30.
For more information call Jane Medlin at 258-5587.